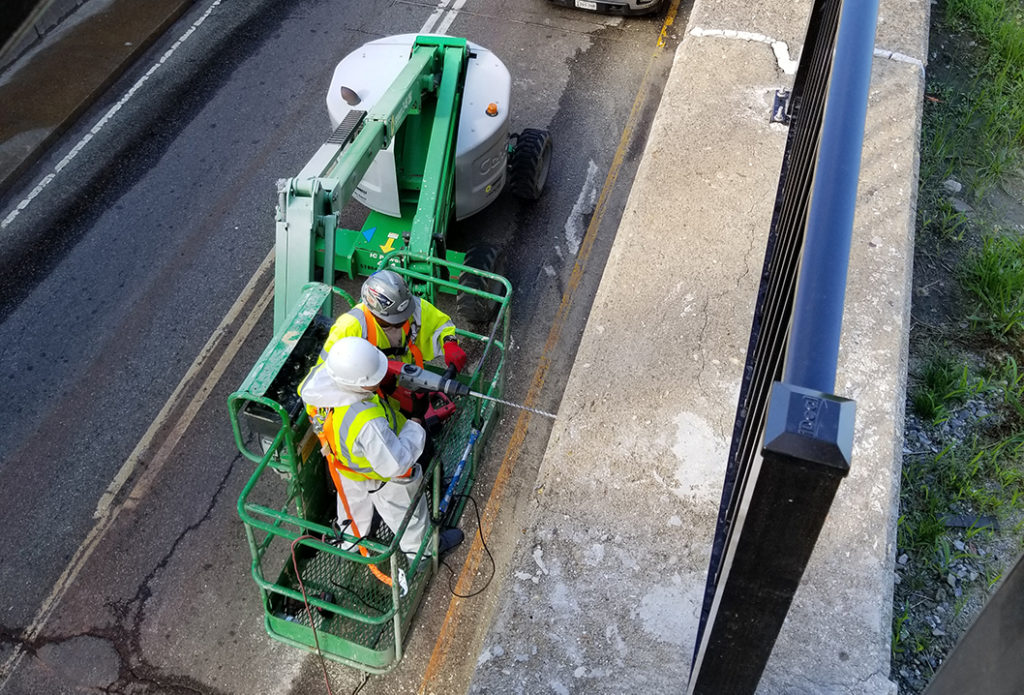 Over the course of the four-day project each of the voids present behind the approach retaining wall slabs were determined and eliminated. Drain holes had to be drilled at the base of each vertical joint to allow seawater to escape as the foam was injected. As the foam expanded within the waterlogged voids, the water was forced out followed by the excess expanding polyurethane foam. This process ensured that water was fully eradicated from each void, and that each void was filled to mitigate future infrastructure damage. Once the voids were filled, the SPF material filled cracks and leaks in the 6-foot-thick concrete itself.

JACKCRETE’s work resulted in a major construction cost savings to the client, Elizabeth River Crossings, when compared to the expenses of traditional waterproofing applications which would have required extensive periods of excavation and then cofferdams and seawater pumps installed before work could even begin. In addition to the reduced construction costs and work time frame, JACKCRETE also helped VDOT keep the interstate open.  With tolls ranging from  $1.65 – $5.25 for the 44,000 cars and trucks that use this toll road daily, any closure of the road has real revenue implications.  The environmental impact was significant as well; through decreased commute times for the 44,000 daily travelers that would have experienced a detour, 330 tons of CO2 pollution were avoided per day of avoided additional closure.